Today, around $4.3T worth of global commerce happens online. Stripe is intent on growing that number.

As businesses and consumers become more comfortable using credit cards online, the proportion of US commerce that takes place online has steadily increased over the last 20 years.

This growth has created major opportunities in the payments space, and companies like Stripe — a payments unicorn valued at a massive $36B — are hungry to capitalize on them. 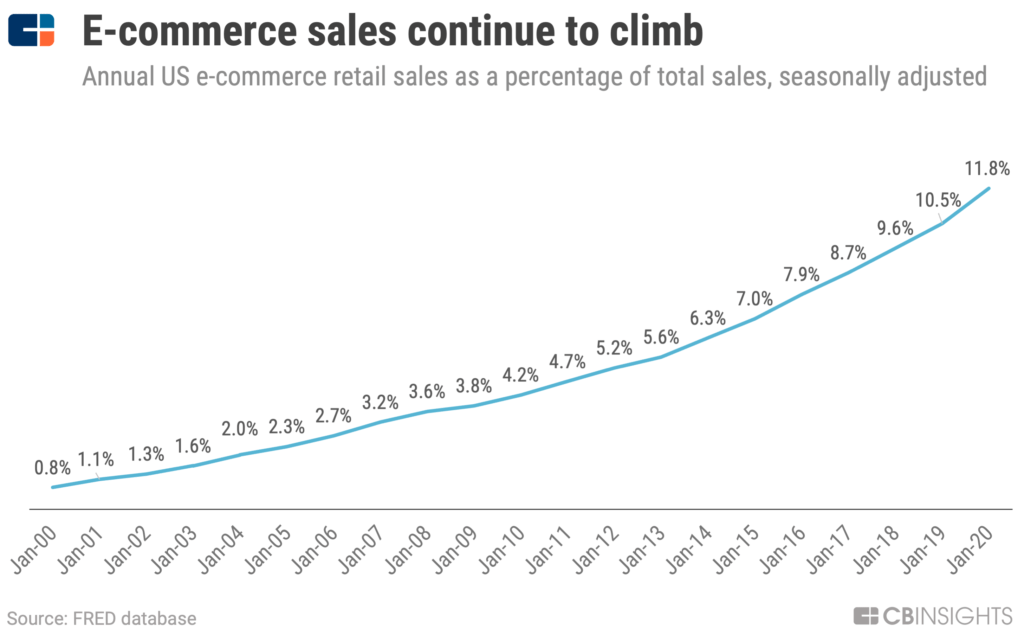 Brothers Patrick and John Collison founded Stripe in 2010 in an attempt to gain share in online payments, a then-nascent market with seemingly boundless growth opportunities.

“Stripe really did come about because we were really appalled by how hard it was to charge for things online.” — John Collison

To help enable online commerce, Stripe is building a suite of APIs that allow developers to implement its payment capabilities. These APIs handle everything from acceptance and processing to settlement and reconciliation, while ensuring compliance and security.

Stripe is also pursuing some more unexpected offerings, including resources to help companies build their own internal analytics tools, and Stripe Atlas, which helps entrepreneurs create US-incorporated businesses in minutes. 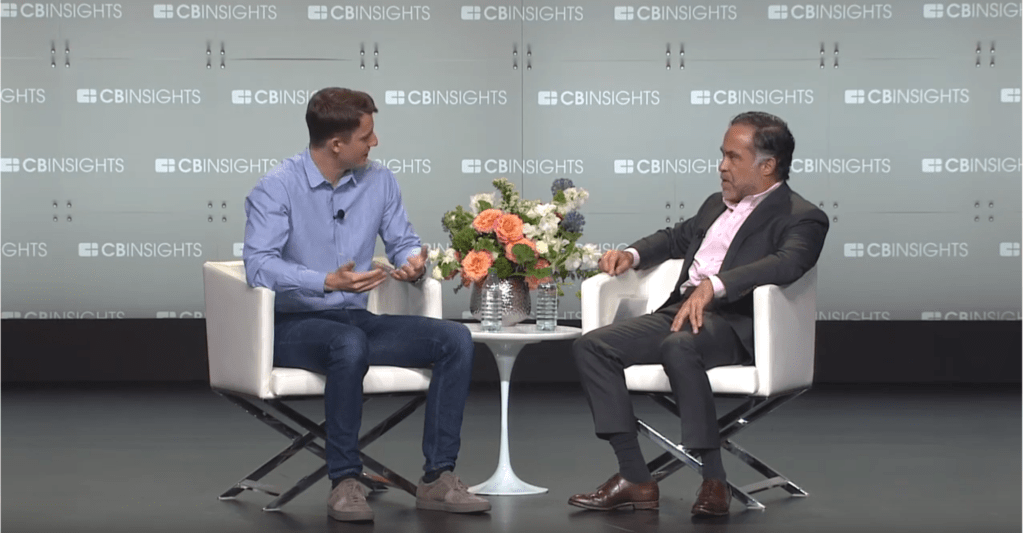 In an interview at CB Insights’ 2019 Future of Fintech conference, Stripe CPO William Gaybrick indicated that businesses are more constrained by developer resources than by capital.

The company’s strategy also includes deference to developers, as well as a focus on directly serving developers who build websites and applications using Stripe’s product. Stripe’s early success in acquiring customers was largely due to its mass appeal to the developer community.

Over the last decade, Stripe has expanded its platform beyond payments processing to handling more complex marketplace transactions through Stripe Connect, while also offering complementary services to help facilitate online commerce, drive growth for customers, and expand the funnel of internet businesses globally.

As a result of its product innovation efforts, Stripe has seen explosive growth in product adoption and valuation. Today, it works with companies in over 120 countries spanning every industry, company size, and business model. And the rise in e-commerce sales due to the Covid-19 pandemic has only added to Stripe’s growth rate.

Stripe has broadened its product offerings across the entire payments stack. In April 2020, the company raised $600M from investors including Sequoia, GV, Andreessen Horowitz, and General Catalyst at a $36B valuation. And Stripe’s target market includes both small startups and Fortune 500 giants looking for payments services. 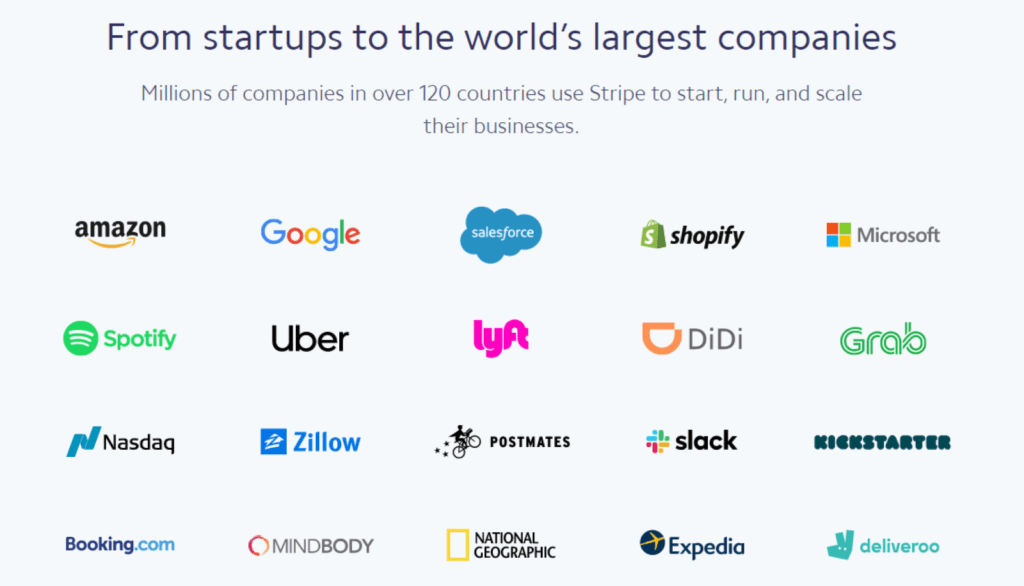 In this report, we dive into Stripe’s unique strategy, growth trajectory, product set, and where the $36B payments giant sees the global online commerce market heading next.

A decade of online payments innovation

Stripe’s business strategy: How the $36B unicorn sets itself apart

How Stripe’s product suite feeds into its ultimate goals

What’s next for Stripe?

A decade of online payments innovation

Accepting online payments used to be a complicated undertaking.

Typically, when a company wanted to accept payments online, it had to set up a merchant account — a complex process involving legacy infrastructure and manual tasks that could take days or even weeks.

This process involved hurdles like regulations, fees, compliance standards, and payment card issuers — all of which became increasingly complex for international transactions. Additionally, the company had to underwrite risk and was on the hook in the event of fraud or returned items.

Online merchants also faced challenges around verifying the buyer’s identity with “card-not-present” transactions. This risk is reflected in processing fees, which are higher for online transactions.

PAYPAL AND SQUARE EMERGE AS LEADERS IN THE PAYMENTS SPACE

PayPal was the first major company to pioneer a new online payments method for budding e-commerce sites like eBay, which previously relied on checks and money orders. In 2000, PayPal launched business accounts, allowing businesses to accept unlimited credit card payments with a standard 2.9% + $0.30 rate per transaction.

Many leading tech companies — including Google (Checkout), Yahoo (PayDirect), and Microsoft (Passport) — tried to compete with PayPal to gain a foothold in the online payments market, but ultimately shuttered these product lines in the mid-2000s.

Braintree, a Chicago-based payment infrastructure company founded in 2007, aimed to replace the traditional model where merchants used different providers for a payment gateway and a merchant account. The company was ultimately acquired by PayPal in 2013, and now represents a sizable chunk of its merchant business.

Stripe also came on the scene that same year, offering a new approach to the payments ecosystem.

Square has since expanded its offerings to standalone, integrated point-of-sale terminals, as well as a broader ecosystem of applications and services such as lending (Square Capital), payroll services (Square Payroll), rewards (Square Loyalty), a debit card (Square Card), and many others.

One key catalyst for online payment innovation was the introduction of the Payment Facilitator, or “PayFac,” in 2010.

The PayFac model dramatically simplified the merchant onboarding process for companies like Stripe, Square, and PayPal by letting them leverage a “master” merchant account rather than applying for their own.

This allowed companies like Stripe — one of the first PayFacs — to quickly underwrite and onboard new merchants. Payments companies assumed risk for losses associated with chargebacks, fraud, KYC, or AML, while also providing support, dispute management, and reporting. 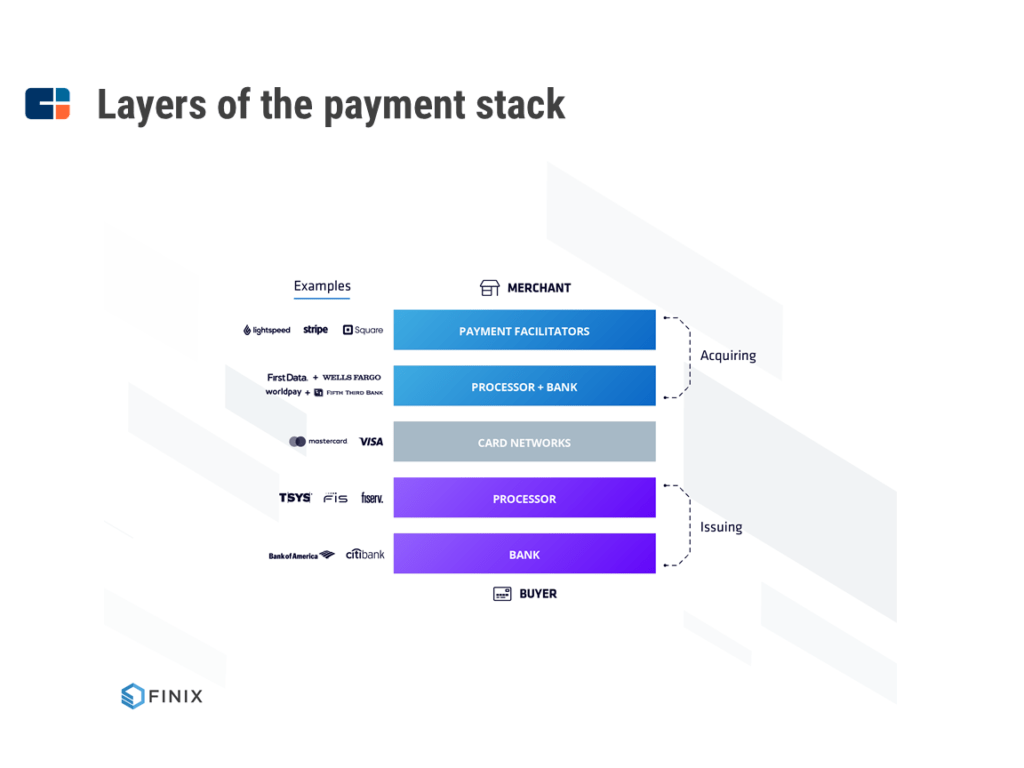 In the same way that Square built a payment-centric ecosystem for brick-and-mortar SMBs and micro-merchants, Stripe has reinvented online payment acceptance.

Now both companies have moved beyond payments and built new businesses that serve a range of needs for small businesses. 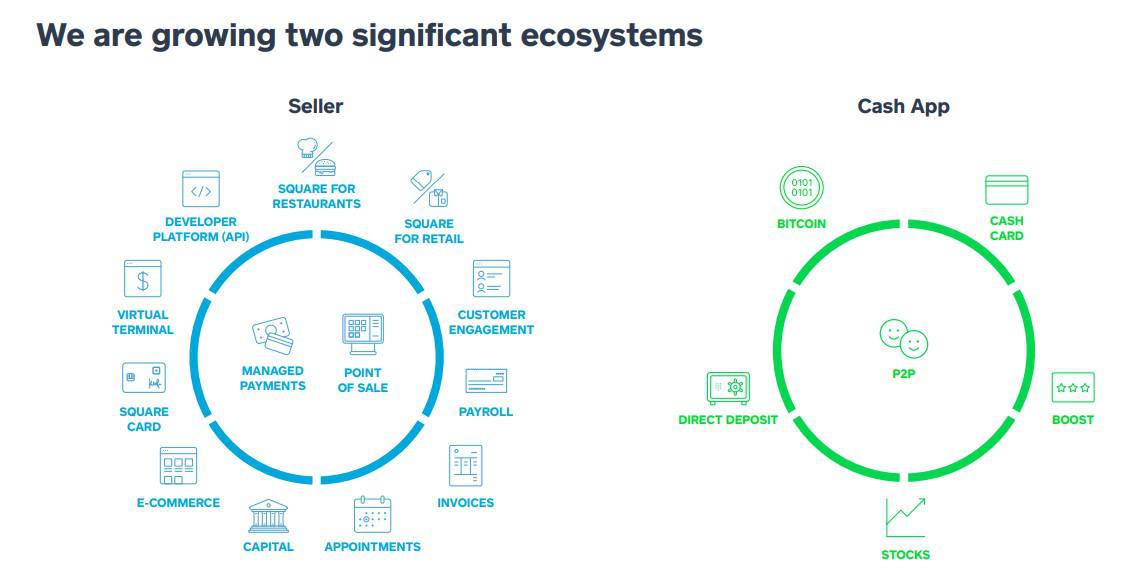 Just as Square started with micro-merchants and moved upmarket, Stripe has innovated on its platform to expand its product offerings: